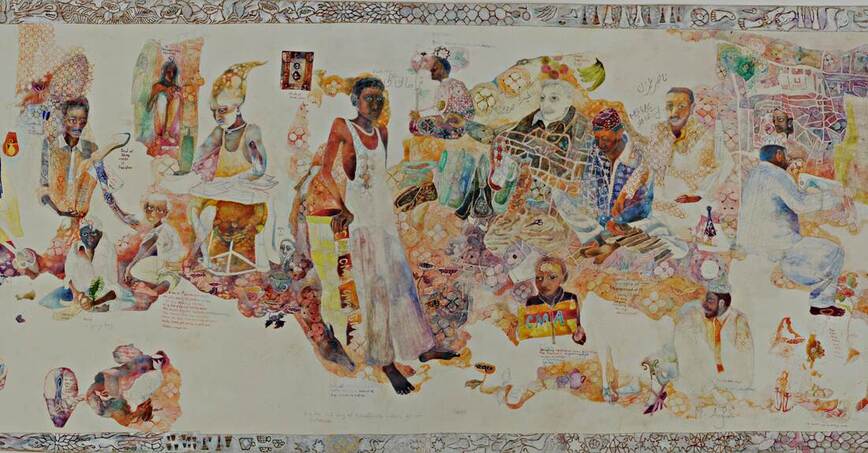 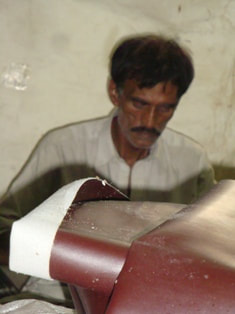 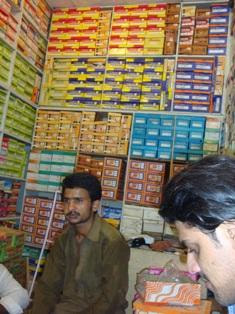 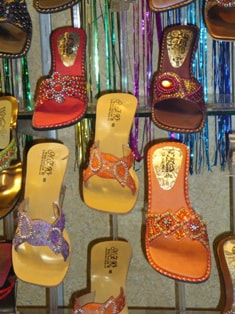 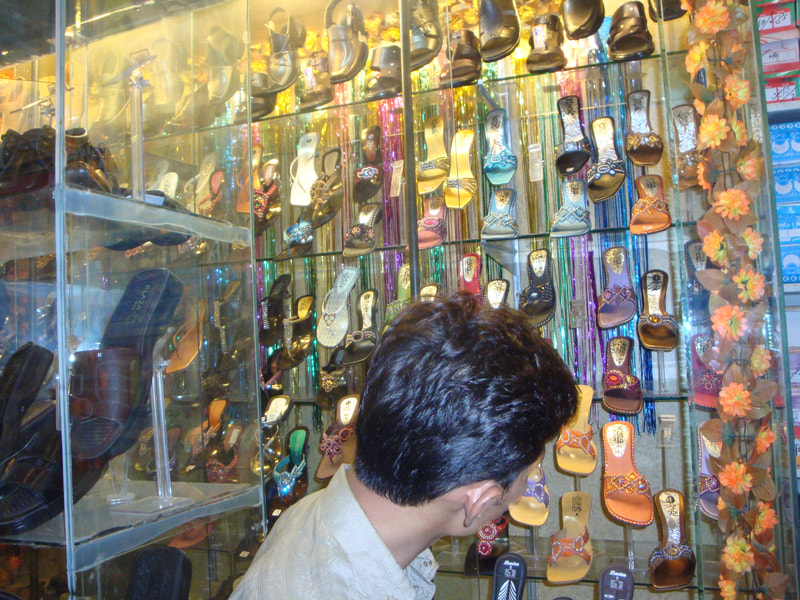 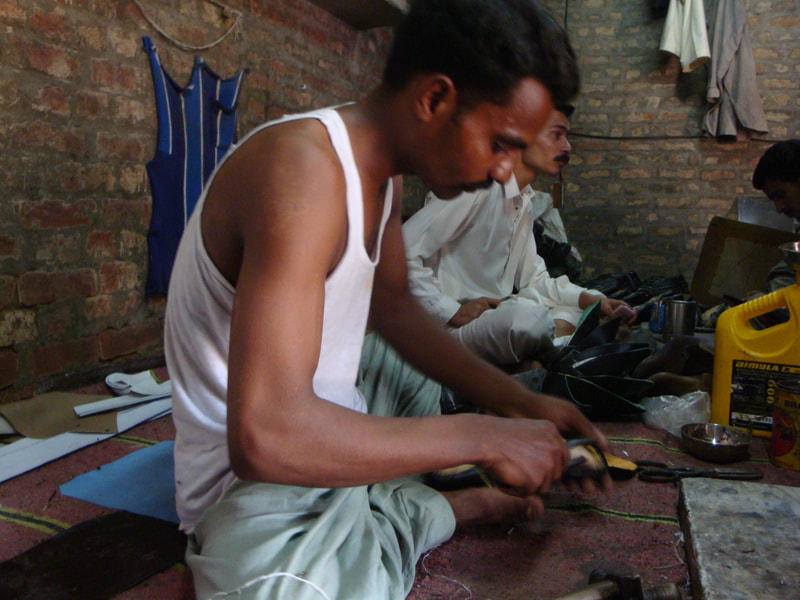 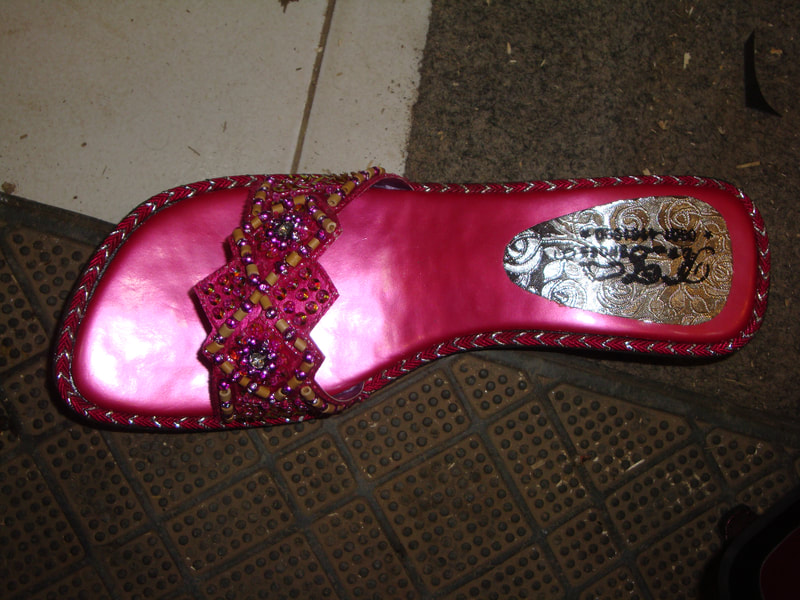 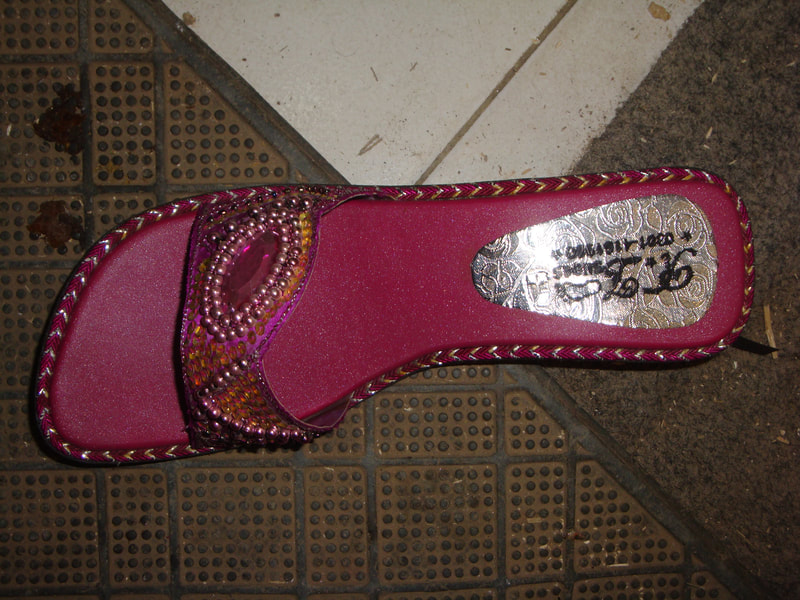 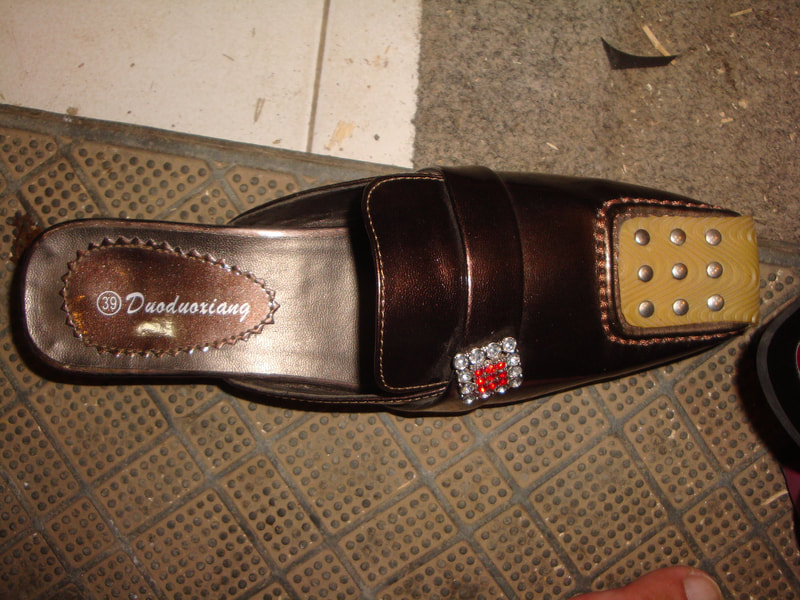 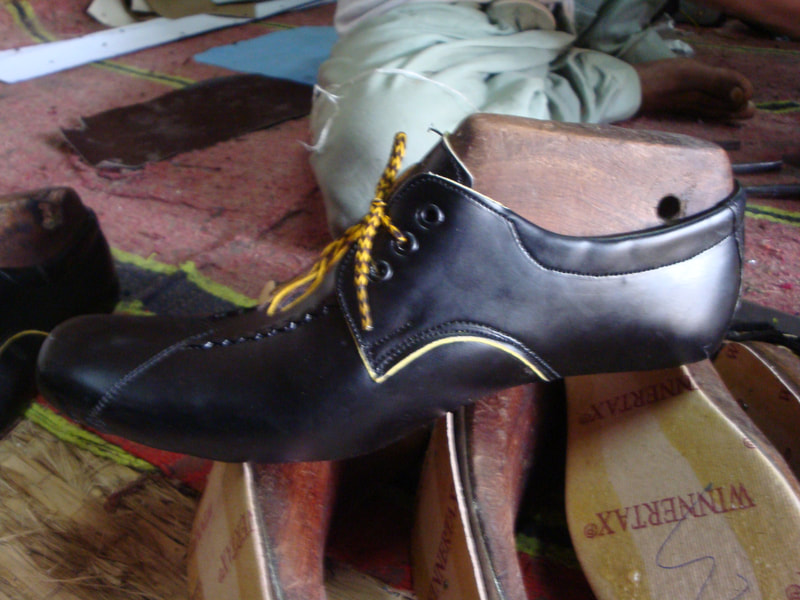 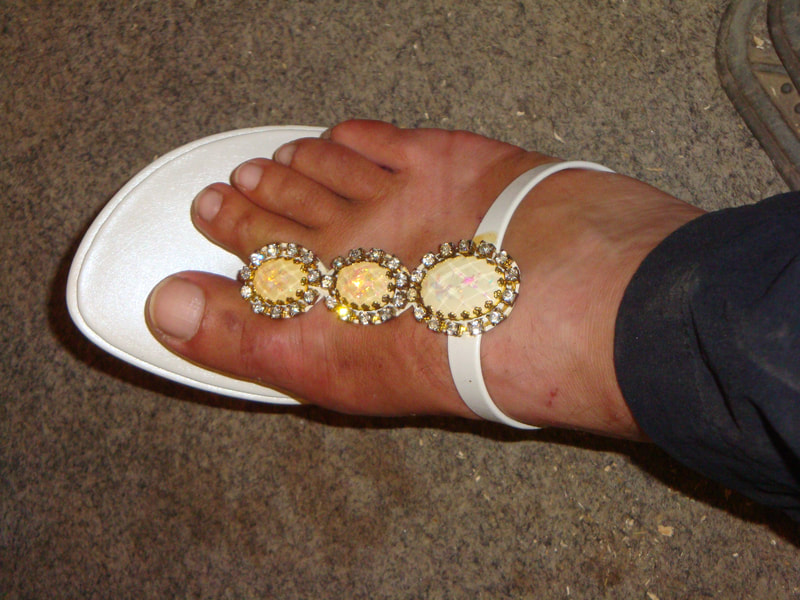 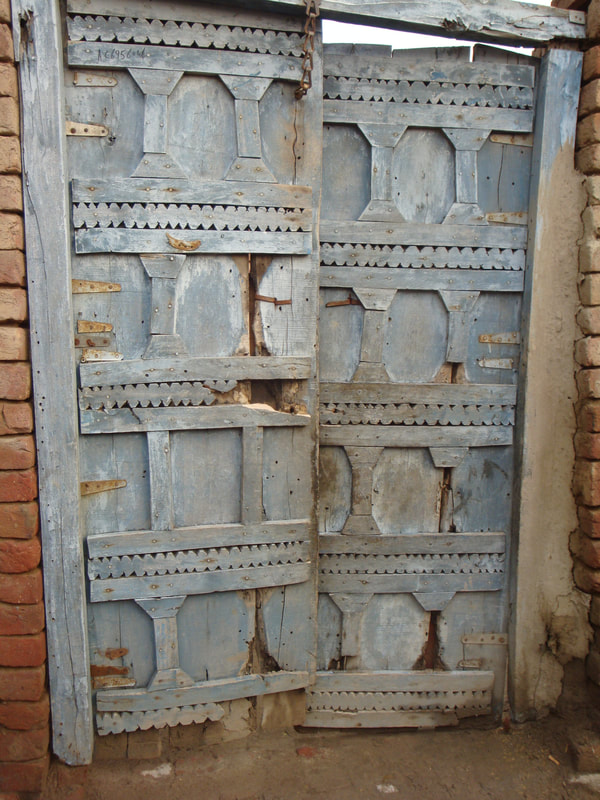 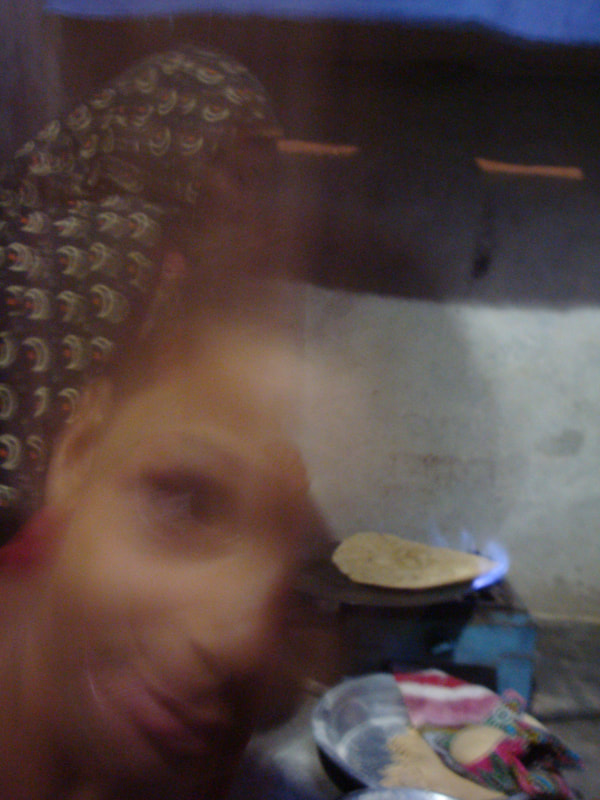 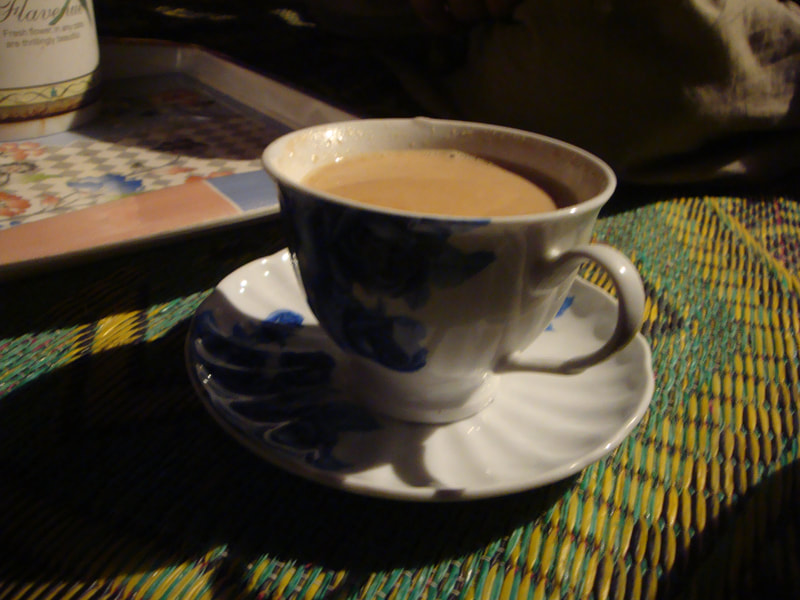 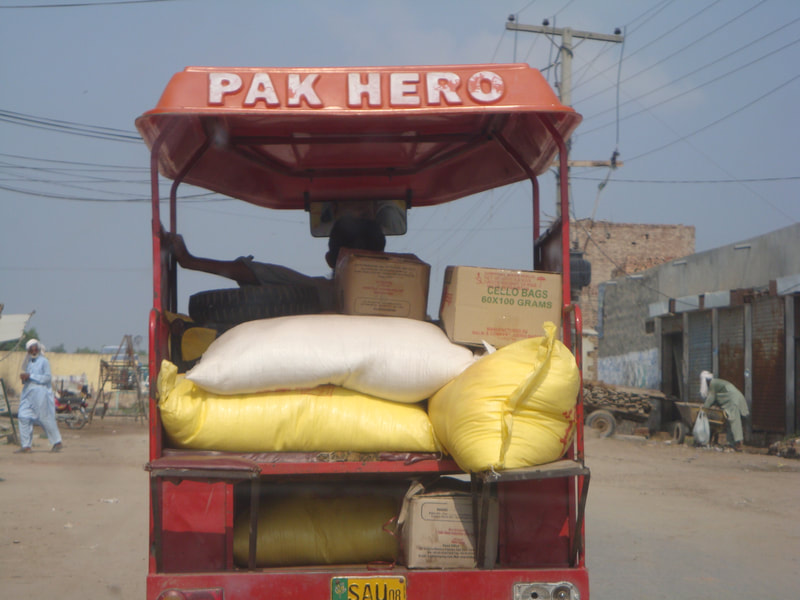 Making Shoemakers of Hira Mandi with the shoemakers of CMA Shoes in Old Lahore and at their village outside Lahore. Documentary images

As I began spending more time between India and Pakistan I wanted to learn more about working conditions for people. In summer in 2009 I had time to explore the Old City. At that time it held many tiny manufacturers workshops but I spoke little Urdu and felt too shy to try to talk to the workers. One day however I actually fell into a tiny room in which a group of men were sitting and making shoes. It was summer and their workshop was like a furnace inside.

The men welcomed me, didn't mind my lack of language, and stuffed me with tea and biscuits. That was all it took, and I began coming back daily over the next weeks to sit with them and draw.

This group of workers were men and boys, and they lived, ate, slept, and worked on the workshop floor six days a week. On the evening of the sixth day they would travel for three hours by bus to the village from which they all came, outside Lahore. One weekend they invited me to come with them to meet their children, wives, and parents. There, they handed over the money for which they had worked their hands to the bone, ate a huge meal, and dandled their children on their laps for an hour. They played cards til after midnight, and rose at 4 am the next morning for prayer, before returning to the city to begin work for it was Monday .


Shoemakers of Hira Mandi will soon be a virtual tour. Please return