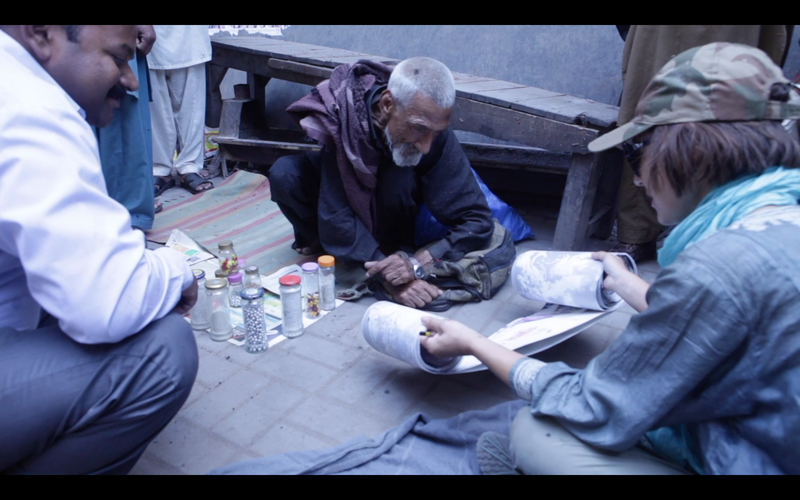 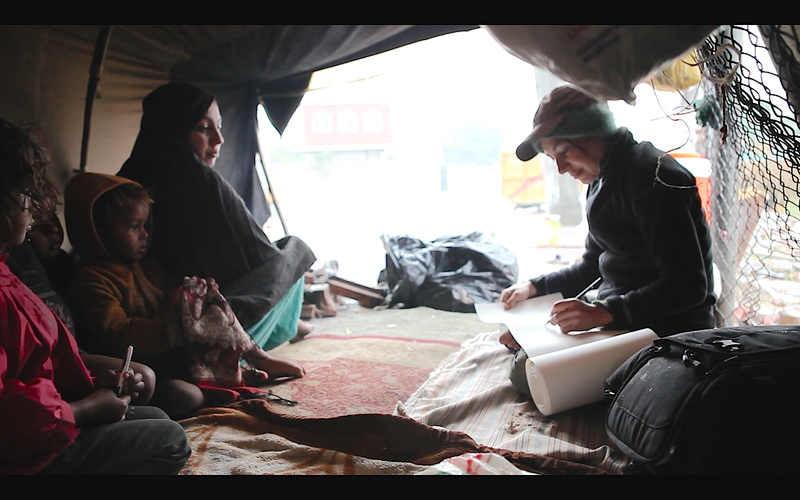 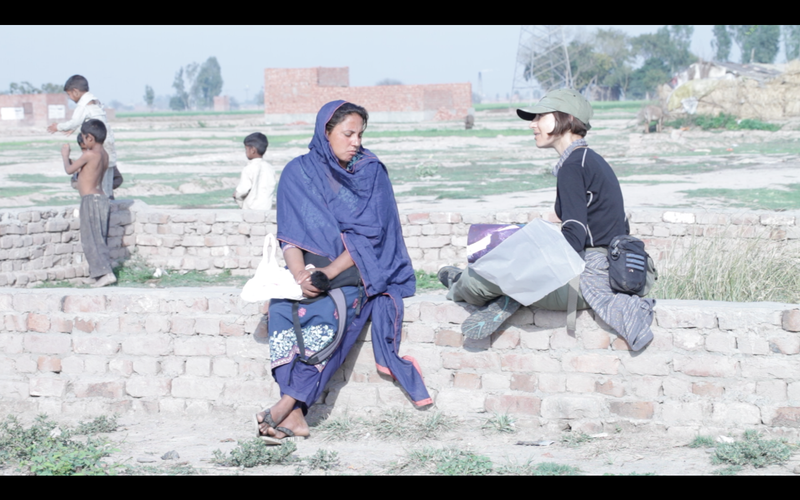 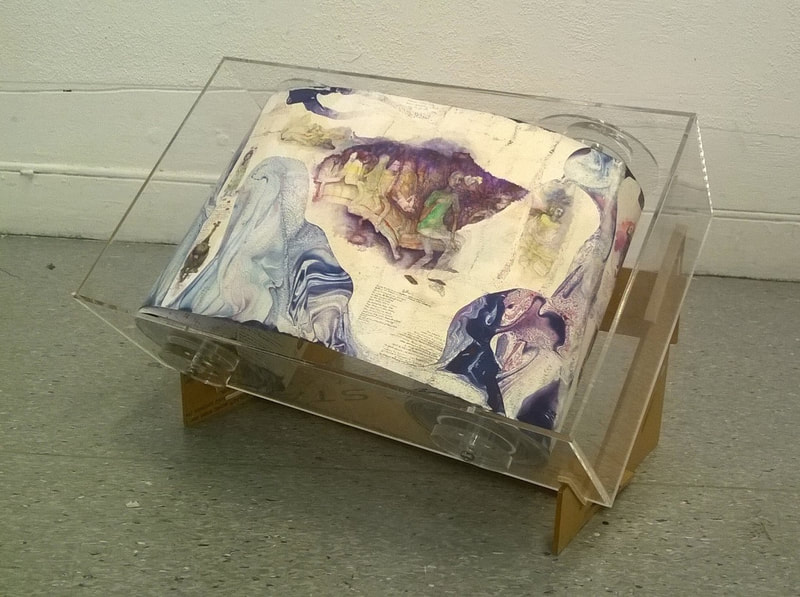 Indopak scroll III Australindopak Archive chronicles journeys from when I cross the Indopak border into Pakistan. My idea had been to contain both India and Pakistan journeys on the same scroll, but when the paper ran out, just as I crossed the border, I went with the 'coincidence' and prepared a new scroll. In Lahore I reconnected with a community of traditionally nomadic Punjabi Pakhiwas (gypsies) quilt makers whose story became a presence throughout the scroll.  I travelled to Khyber Paktunistan in north west Pakistan where I made paintings about a very different community whose (landed) presence is old as to be mentioned in the Rig Veda. Six months later and returning overland to India, the ten metres of Indopak was almost full. But at the Delhi airport an unexpected visa issue kept me in India for two more months. During this time the scroll became my means of staying focused as, present to a cluster of events and encounters I returned to Australia and Hunchy having been away sixteen months.