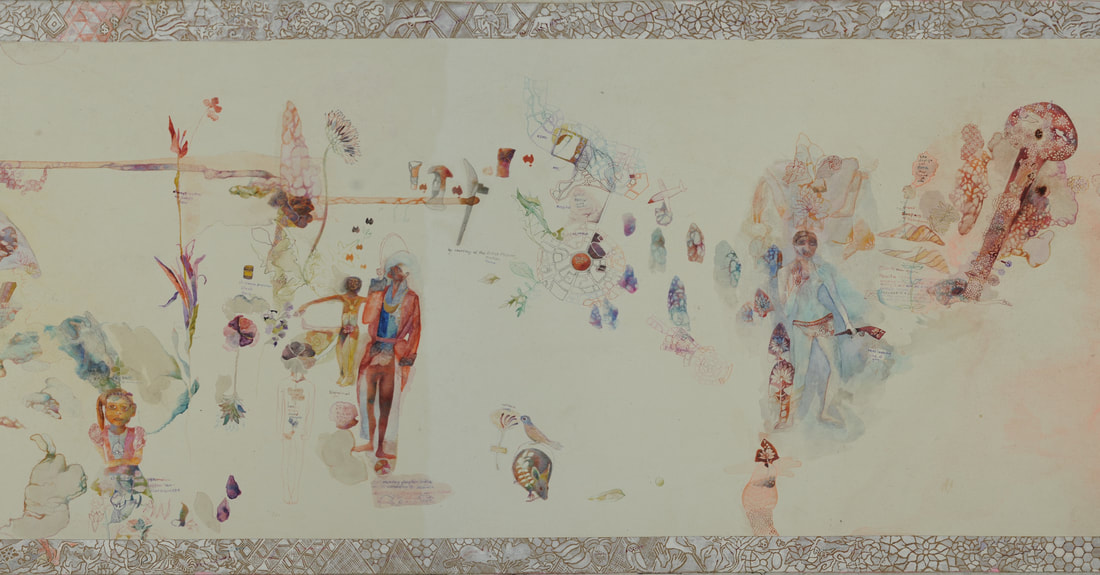 Floating in Hindustan. Detail. Watercolour on wasli. 300cmx25cm (entire).
​
​
Floating in Hindustan was the first scroll I created. I had the wasli for this scroll made at the National College of Art in Lahore so that I could begin study in miniature painting in a format that could be portable. For ten months the unfolding space of the scroll became a way to diarise my crossings between India, Pakistan and Australia. In 2009 I was more than halfway along the scroll when the attacks on the World Trade Centre in New York occurred. Then it became a space in which to talk about larger more global stories as well as local ones.
​

Floating in Hindustan has yet to be made available as a digitised tour. Please return