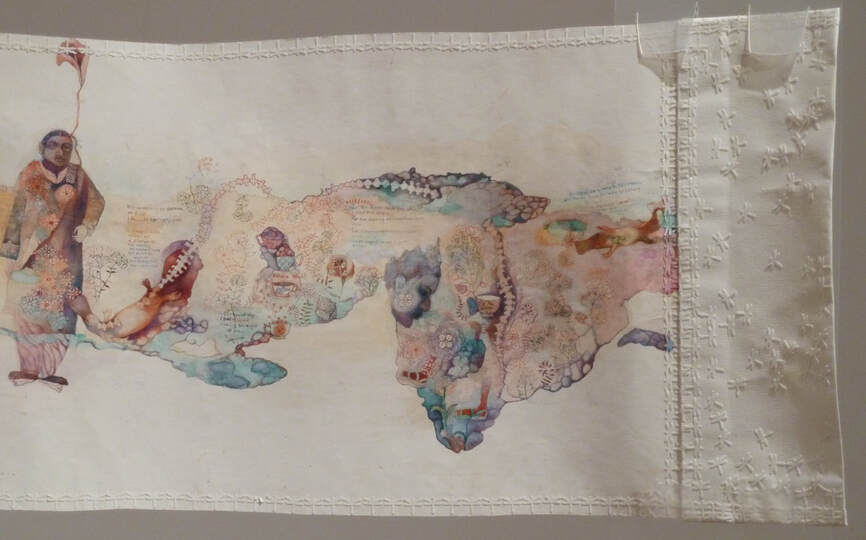 ​
Half Circle scroll began in August 2010 when I travelled from India to Pakistan after completing my Masters in Baroda. After a month in Lahore I travelled north to Baltistan and the beautiful Hunza Valley. There I bumped into a friend in the process of filming a television series on local culture and customs. He invited me to come with his team on shoots. This allowed me to make portraits of local people, who were living in traditional ways, practicing ancient customs.

After five months I took the scroll back with me to India and then Australia. It was January and Brisbane was experiencing severe flooding, the like of which had not been seen for over one hundred years. The riverside suburbs flooded, but it was not the fault of the rains that so many homes became filled with mud and lost crocodiles for these had always been floodplains.​

Half Circle Scroll will soon be available as a virtual tour. Please return